TIPS FOR BREEDING GOURAMIS IN THE HOME AQUARIUM

Written by Kate Barrington Updated June 22, 2021
Gouramis are some of the best community fish around because they are peaceful, hardy, and lovely to boot. Keep reading to learn more about breeding these wonderful fish.
Being an aquarium hobbyist comes with some challenges but it can also be incredibly rewarding, especially if you’re able to successfully breed your fish. If you’re looking for a type of aquarium fish that is compatible with other community species and relatively easy to breed in the home aquarium, consider gouramis as an option. There are many species to choose from and each of them is beautiful and unique in their own way.

What Are the Most Popular Species?
Gouramis are a family of fishes called Osphronemidae. They are a group of freshwater perciforms that are native to various parts of Asia ranging from Pakistan to Korea. These fish have laterally compressed bodies similar to cichlids and they are easy to identify by the elongated feeler-like ray they have on each one of their pelvic fins. There are currently about 133 species of gourami that have been recognized and they are divided among four subfamilies and 15 genera. Here are some of the most popular species for the home aquarium: 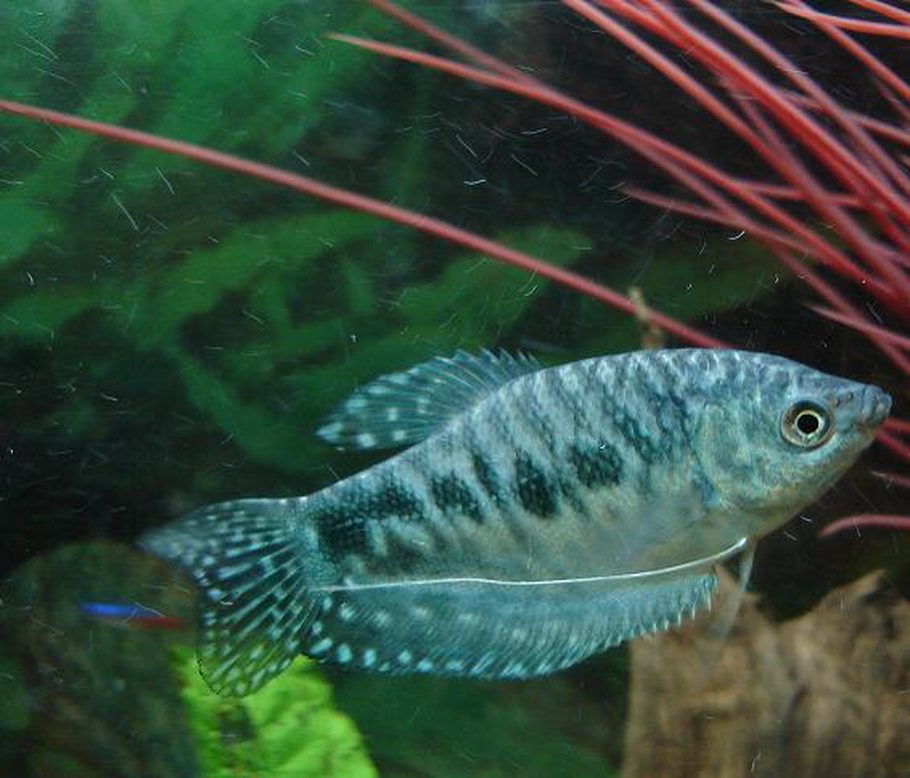 What many aquarium hobbyists love about the gourami is their bright colors. These fish are also very interesting to breed because many species exhibit parental care behaviors. Keep reading to learn more about breeding gouramis.

What Do You Need to Know About Gourami Breeding?
Though each species of gourami is unique, many of them have similar requirements for breeding. Because gouramis are egg layers, it is generally recommended that you breed them in a separate tank so your other fish don’t eat the eggs before they hatch. For the most part, gouramis are easy to breed under the right conditions. Start with a tank that can hold about 10 to 20 gallons of water. You don’t need the tank to be very tall – about six inches will do. Cover the bottom of the tank with a thin layer of gravel and install a sponge filter in the corner to facilitate water movement and mechanical filtration. Finally, add plenty of live plants so the female can hide from the male if she needs to. 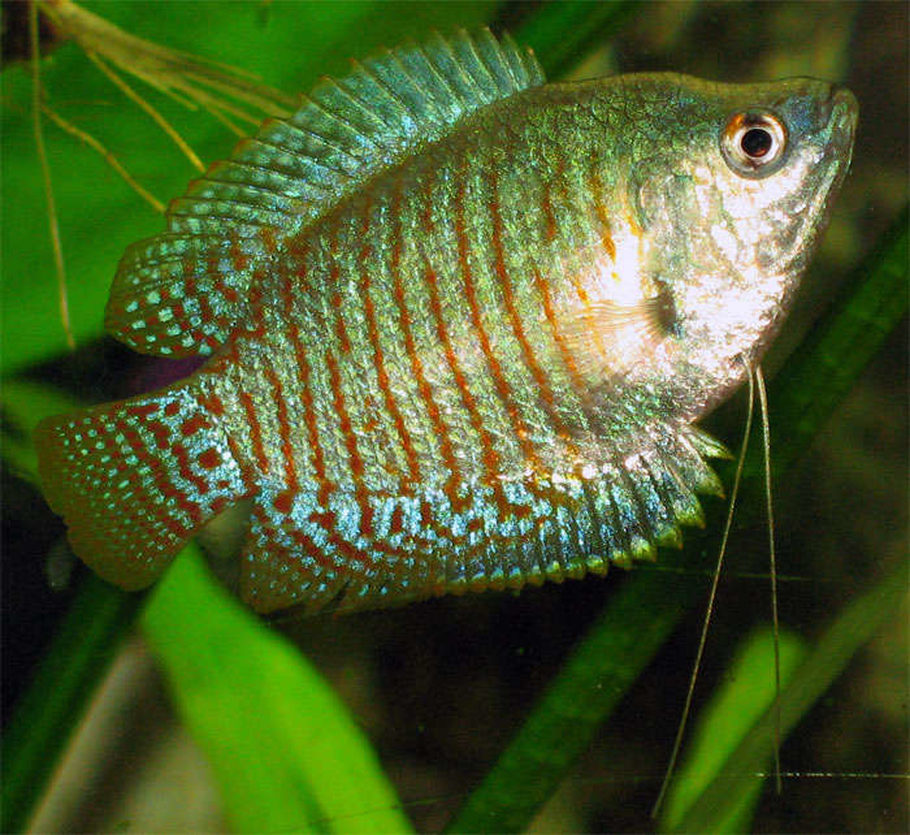 Before you add your gouramis to the breeding tank, you should condition both the male and female with rich foods for a week or two so they are in prime breeding shape. Gouramis are omnivores for the most part, so a varied diet of live foods, frozen foods, and commercial pellets or flakes is adequate. You may also want to provide some fresh vegetation as some species of gourami will graze on vegetables. Once your gouramis have been conditioned, place the female in the breeding tank and give her a few days to settle in before you add the male. Ideally, you should wait until the female is gravid (full with eggs) before introducing the male. Feeding her meaty foods like blood worms will help with this.
When you introduce the male gourami to the breeding tank, the female will begin building her bubble nest if she is from a bubble-nesting species. Examples of bubble-nesting gouramis include pearl gouramis, platinum gouramis, opaline gouramis, moonlight gouramis, gold gouramis, and others. These fish blow small bubbles and gather them into a nest on the surface of the water. After laying their eggs, the fish place them in the nest until they hatch. The chocolate gourami is one of the few species that is a mouthbrooder – these fish gather the eggs in their mouths after spawning and hold them until hatching. The kissing gourami is neither a bubble-nesting species nor a mouthbrooder – they scatter their eggs on vegetation and then leave them to hatch on their own.

Gourami Breeding Behavior and Spawning
When your gouramis are ready to spawn, you’ll notice some specific behaviors. The male gourami will start dancing with the female and may start cupping her body with his, wiggling as he gets close to her. When the female is ready to release her eggs, the male fertilizes them. After spawning, bubble-nesting species will gather up the eggs and place them in the bubble nest. At this point, you should turn off the filter in the tank and carefully remove the parents. The eggs will hatch within 24 hours, in most cases, and the fry will remain in or near the bubble nest for another 3 to 5 days before they become free swimming and start to explore the tank.
While your newly hatched fry are developing it is important that you keep the water quality in the tank very high. Because you can’t use a filter that might hurt your fry, you’ll need to carefully siphon water out of the tank by hand and replace it with freshly dechlorinated water. Feed the fry newly hatched brine shrimp or liquid fry food until they grow to about ½ inch in length – at this point it is safe to add them to your community tank. It is a good idea to make sure that your community tank has plenty of plants and hiding places so your juvenile gouramis can find shelter if they need to hide from larger or more aggressive fish. As long as you feed them a healthy, varied diet, they will grow quickly.
As wonderful as it is to care for a pair of gouramis in your community tank, breeding gouramis is even better. Many species are relatively easy to breed and they can lay up to 600 eggs in a single spawning. Whether you’re looking to populate your own tank or make a little money on the side, breeding gouramis is a great experience.

comments powered by Disqus
PREVIOUS
ARTICLE
The Basics of Breeding Bala Sharks
Bala sharks are a very popular species of aquarium fish.
NEXT
ARTICLE
The Top 5 Tetras for Breeding in the Home Aquarium
Breeding aquarium fish can be tricky, but with the right tank setup and preparation it can be done.