Written by Kate Barrington Updated December 02, 2015
Plecostomus are one of the most popular species of algae eater.
Are you looking for an easy way to help control algae in your tank? Algae-eating species of fish are a great addition to the freshwater tank and can help keep unwanted algae under control.
When it comes to keeping your freshwater aquarium clean, there are a few tricks you can employ to make your job easier. Performing regular weekly water changes and replacing your filter media on a monthly basis will do wonders for your water quality which plays a key role in keeping your aquarium clean. One of the easiest things you can do, however, is to add an algae eater to your tank.
An algae eater is simply a species of fish that naturally feeds on algae growth in the home aquarium. There are a variety of different algae eater species to choose from and many of them are very easy to care for. If you are looking for a simple way to control algae and to help keep your tank clean, consider adding an algae eater to your tank.


Otocinclus Catfish = The otocinclus catfish, or oto cat for short, is a very small species of freshwater algae eater. Because these fish are so small and peaceful by nature, they make excellent additions to the small community tank. These fish are best kept in groups with their own species and they tend to thrive in planted tanks. One thing to be aware of if you are thinking about adding an oto cat to your tank is that they can be difficult to acclimate to a new tank environment. If the tank environment is clean and stable, however, these fish tend to do well. 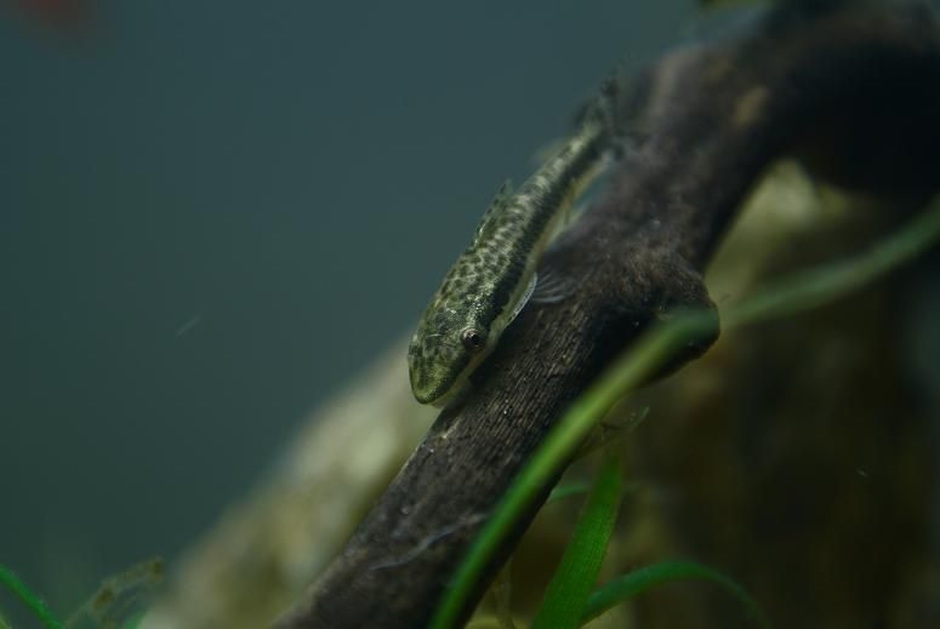 Flying Fox = This species looks like a Siamese algae-eater but it has more coloration in the fins. In fact, some people keep this species for its looks rather than its algae-eating abilities. The flying fox is related to the red-tail shark and it has similar territorial tendencies so be carefully about keeping it with other sharks. This species grazes on soft slime algae and it can grow up to 6 inches long.


Trumpet Snail = The trumpet snail is one of many species of snail that can be used as algae eaters in the freshwater aquarium. These invertebrates are incredibly easy to care for and they will provide a number of benefits in your tank. Not only do snails feed on live algae growths but they also act as scavengers and detrivores, feeding on decaying plant matter, uneaten fish food and other forms of organic detritus in the tank. One thing to be aware of if you add snails to your tank is that they are nocturnal – these invertebrates tend to spend most of the daytime buried in substrate and you may not see them until you turn out the lights for the night.


Mollies = Mollies are a species of live-bearing fish that are popular as beginner fish and for use in community tanks. These fish come in a wide variety of colors and they are a hardy species, very easy to care for. If you are looking for a species of fish that will help control algae growth in your tank but will also fit well with the rest of your community fish, consider adding a few mollies to your tank. Mollies tend to eat soft hair algae, though they may nibble on other types of algae growths as well. 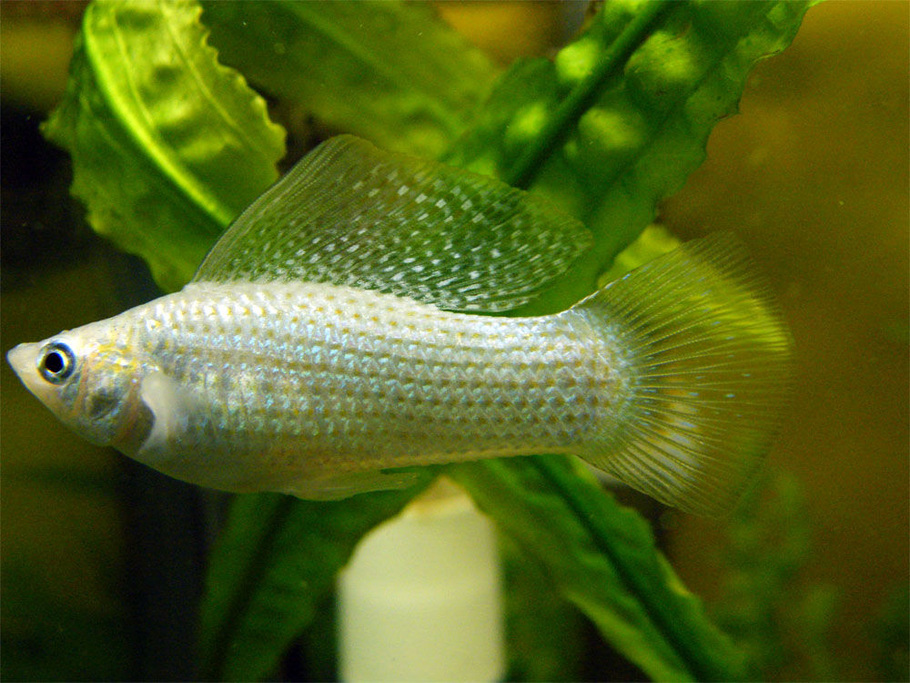 Common Plecostomus = Plecostomus are one of the most popular types of algae eaters and they come in a number of different varieties. These fish are a kind of catfish and, as such, they are omnivorous – likely to feed on both plant- and meat-based foods. In the home aquarium, plecos tend to feed readily on live algae growths but they should also be offered a supplementary diet of algae wafers, vegetable flakes or fresh vegetables to ensure balanced nutrition. One of the potential problems associated with these algae eaters is that they can grow to be very large. If you have a tank smaller than 20 gallons, you should not plan to keep a plecostomus. As plecos grow, they also tend to develop aggressive or territorial tendencies so they should not be kept with very peaceful or skittish fish.


Other Species to Consider

The species listed above are your best options for algae-eating fish but there are a few others you can consider. The Florida Flagfish, for example, has been known to nibble on brush algae and beard algae – this is a kind of algae that many fish leave alone. The Stone-Lapping Fish is another option but you may not be able to find it at your local pet store. This species is often confused with the Siamese algae-eater and the flying fox but it has a heavier body and less coloration on the fins. Kissing pink gouramis will sometimes eat algae and other species of Plecostomus may as well.


One species you want to avoid if you are looking for an algae eater is the Chinese algae-eater. This species is probably the highest-selling fish labeled as an algae eater but it doesn’t actually eat algae. While this species is young it may feed on some slime algae, but as it gets older and larger it will start to prefer other foods. Not only does this species fail to eat algae, but it can also be very aggressive – it will actually feed on the slime coating on your other fish, killing them in the act.


Keeping your freshwater aquarium clean does not have to be a chore. If you are willing to perform a few basic maintenance tasks you may find that there is little else you need to do. If you are looking for a little bit of extra help, however, you can always add an algae eater to your tank.
comments powered by Disqus
PREVIOUS
ARTICLE
Cichlids - Understanding the Different Types
Have you ever considered adding a cichlid or two to your freshwater tank?
NEXT
ARTICLE
Everything You Need to Know About Freshwater Angelfish
Angelfish are a species of freshwater cichlid and they are one of the most popular species of tropical aquarium fish.