Written by Kate Barrington Updated May 24, 2022
Learn about new methods for cycling your freshwater aquarium without fish.
The old tried and true method for cycling your freshwater aquarium was to buy several “starter” fish that were hardy enough to survive, put them in the tank, and let the cycle run its course. However, as hobbyists became more knowledgeable about the cycling process, they realized the only ingredients needed were ammonia, water, oxygen, and something for the bacteria to grow on (substrate, filter media, etc.). People also started to investigate the impact cycling had upon these starter fish. They discovered that gill damage could occur and was often permanent. This led many aquarists to believe that putting starter fish into a toxic environment was cruel. As a result, another method for cycling a freshwater aquarium was developed – the fishless cycle.
How Does Fish-In Cycling Work?
Before you can understand the benefits of fishless cycling you first need to understand how fish-in cycling works. Not only do you need to fill the tank and add your starter fish, but you need to feed them and, in doing so, “seed” the aquarium with food for your growing beneficial bacteria. The benefit of this cycling method is that you get to add fish to your tank right away rather than letting it sit for a few weeks. 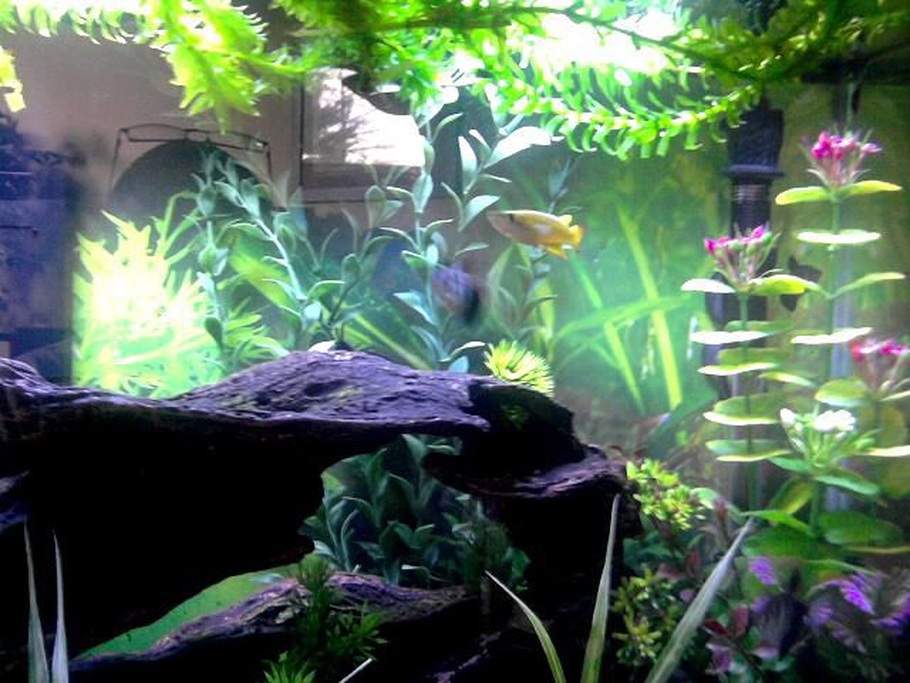 The downside is that you need to perform partial water changes every few days for a period of several weeks to make sure that the ammonia levels in your tank don’t get so high that it poisons your fish. Even if you do it right, fish-in cycling can still be dangerous and damaging to your fish – it can be very stressful for your fish so even if they survive the cycling process they may be wiped out later at the first sign of disease in your tank.
Pros and Cons of Fishless Cycling
As is true with any cycling method, there are both pros and cons associated with the fishless cycling method. The speed of the fishless cycle is one of its major advantages. To cycle a tank with starter fish usually takes between 4-6 weeks. However, the fishless cycling method introduces far more ammonia into the aquarium and, therefore, larger bacteria colonies are created. While the amount of time a tank needs to cycle largely depends on how much bacteria you initially introduce (see Step 2 below), average results seem to indicate that the fishless method takes between 10 days to 3 weeks.
Another benefit of fishless cycling is that you only need to fill the tank once – you don’t have to perform large water changes every few days. You can choose whatever fish you want instead of having to pick “hardy” varieties that might survive the cycling process. You can also decorate your tank with live plants that might not survive fish-in cycling and you do not have to worry about harming your fish. Below you will find step-by-step instructions for using the fishless cycling method.

Step 1: Get aquarium up and running
Start by setting up your aquarium like normal. Pour water into the tank and add dechlorinator. Add the substrate and then prime your filter and get it running. It is important that the water be well-oxygenated because oxygen is an essential component of the nitrogen cycle. Therefore, make sure your filter is disturbing the water’s surface adequately. Put a heater in the aquarium if you use one. You are now ready to begin cycling.
Step 2: Add bacteria if possible
It is best to first add bacteria from a cycled tank. If you already have an aquarium that has gone through the nitrogen cycle then take the filter media, some substrate, some rocks, or decorations out and place them in your new tank. This will jump-start the bacteria growth in your new tank and speed up the cycling process. As a side note, do not transfer water over from the old tank. Water actually contains a minimal amount of bacteria so it is a poor choice for jump starting the bacteria growth.
If you do not have a cycled aquarium, ask your local fish store if you can borrow some gravel from one of their tanks (be careful with this though because many fish store tanks contain diseases and are not well maintained). Many are willing to offer you some. You can also get them to squeeze out one of their sponge filters and give you the water. This water is very high in bacteria as it came from within the sponge filter. 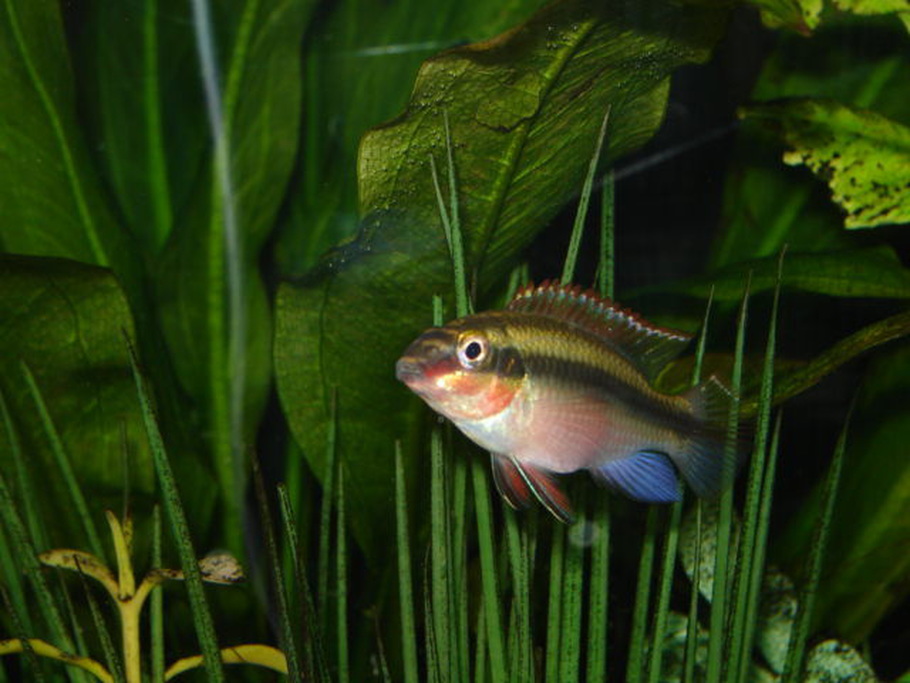 Live plants also are very useful during the cycling process. A heavily planted tank will often skip the ammonia and nitrite spike altogether. The only indication that the cycle is complete may be the eventual presence of nitrates, but even these can read zero due to the plants using up the ammonia before it can be converted. Live plants are a very healthy way to speed up and control the cycling process.
If none of these options are available, you can add Bio-Spira instead. This is the only product I can recommend as it is the only one I have actually seen work. There are numerous other products on the market that claim to contain the needed bacteria, but I have never seen any of these produce results. It is my personal belief that they are a waste of money.

On the other hand, Bio-Spira absolutely works; it is a great bacteria starter. You cannot add Bio-Spira and just let it go, however, as the bacteria need a source of ammonia to stay alive. Therefore, if you add the full dose of Bio-Spira, you will need to add fish at the same time (skip the fishless cycle). Alternatively, you can add a smaller dose to jumpstart the bacteria and then complete the fishless cycling process as described below. Two major cons to Bio-Spira are its cost and the fact that it is relatively hard to find.

Now it is time to add some of that ammonia you bought from a hardware or grocery store. Remember that it must be free from surfactants, perfumes, and colorants. Look at the ingredients list on the ammonia bottle to ensure this. The concentration varies from product to product so an exact amount of ammonia to add cannot be described here. Instead, a general guideline will be presented. 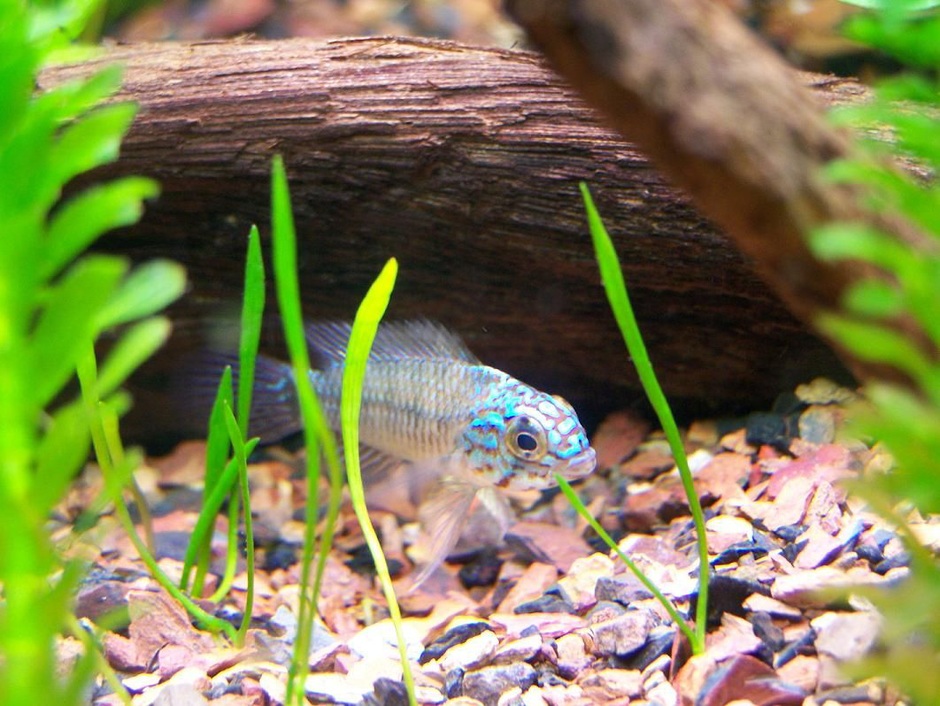 You want to add enough ammonia to your tank such that your ammonia test kit reads 5 ppm. To achieve this concentration in your aquarium, start by adding 5 drops per 10 gallons. Let the aquarium sit for about an hour so in order to let the filter circulate the water and then test for ammonia. If it does not quite read 5 ppm, then add a small amount of ammonia and repeat the testing. Continue until you finally reach 5 ppm.
Now, you may be asking yourself, “If 5 ppm is good then wouldn’t 10 ppm make it cycle even faster?” This could not be further from the truth. People have tried to increase the concentration of ammonia in their aquariums and it leads to a very long nitrite cycle. You actually end up increasing the time it takes to cycle by doing this. Therefore, please stick to the recipe. It has been thoroughly tested.
Step 4: Maintenance
Continue to test for ammonia on a daily basis and add whatever amount is required to constantly keep the reading at 5 ppm. Also test for nitrites on a daily basis. Once you start to see nitrites, reduce the amount of ammonia you add to the tank. You now want to keep the concentration in your aquarium around 3 ppm instead of 5 ppm. Keep adding ammonia on a daily basis and start testing for nitrates. You should see them showing up after a while. Continue to add ammonia daily until the ammonia and nitrite tests stay at zero even with you adding ammonia. Once this occurs, your tank is cycled.
Note: If you see the nitrites spike very high and stay up at this level for several days to a week, back off on the amount of ammonia you are adding until you see the nitrites start to drop.

More than likely, your nitrates will be too high (>20 ppm) once the cycle completes. Perform a large water change (around 50%) to reduce the nitrates to nontoxic levels. Then slowly start to stock your tank with fish. Do not add all of your fish at once because it could shock your tank and overload it. Instead, add all of the fish of one species at a time and give them time to adjust before you add more fish.
Cycling your tank is one of your most important jobs as an aquarium hobbyist. If you do not start your tank off properly, your fish will suffer for it later. Making sure that your tank has a sufficient population of beneficial bacteria will provide a buffer against sudden changes in water chemistry which could be dangerous for your fish. Do yourself and your fish a favor by cycling your tank properly the first time around.
comments powered by Disqus
PREVIOUS
ARTICLE
Controlling Algae Growth
Algae growth is an incredibly common problem with freshwater tanks.
NEXT
ARTICLE
Properly Maintaining the pH in a Freshwater Aquarium
Learn how about pH and how to properly maintain it in a freshwater aquarium.