Written by Kate Barrington Updated April 06, 2018
Find out which fish will rapidly outgrow your tank, and the smaller alternatives that are available.
Aside from properly setting up and equipping your tank, the most important thing you must do as an aquarium hobbyist is choose the right fish. If you have never kept an aquarium before, you may easily be overwhelmed by the sheer number of options. You should realize, however, that it is not simply a matter of choosing the fish that you like best – some fish are better matched to certain sizes and types of tanks. You must perform some basic research to ensure that the fish you choose will do well in your tank.


While many hobbyists and distributers believe that fish will simply grow within the size constraints of their tank, this is simply not true. The fish discussed in this article are referred to as “tank busters” because they all reach over a foot in length. Unfortunately, many of these fish are sold as juveniles and uninformed aquarium hobbyists do not realize the massive adult size these fish are capable of reaching. Once they reach their adult size, these fish will require special housing arrangements that most people are not able to provide, and few public zoos or aquariums will accept them. The following “tank busters” will outgrow a traditional home quickly, so why not buy a smaller alternative that will be better suited for your aquarium?

While the peaceful nature and hardiness of this fish make it appear to be an ideal candidate for a community aquarium, they commonly grow up to 1.5 feet in length. This is true for most species of freshwater sharks, which is a trade name that typically refers species of large catfish.

Alternative: The red tailed black shark is a favorite of freshwater aquarists because of their striking coloring. They stay small (about 6 inches max) but be very cautious when choosing tank mates because they are aggressive to members of the same species (or fish that look similar to them) and other bottom dwelling fishes. If you choose to purchase these over other more community suitable substitutes (such as a loach or cory) combine them with fast moving fish from the upper levels of the water column, such as giant danios or larger spp. of rasboras.

Bala-Shark by Gogo78 via Wikimedia Commons

If the name doesn’t alert you, their adult size certainly should. These fish grow to be over 2 feet long and, amazingly, they keep appearing for sale in pet stores. They also grow very rapidly, so if you are considering purchasing one, be sure that you have the space to accommodate one.
8. Tinfoil barb (Barbonymus schwanenfeldii)

These gentle giants quickly grow to be 2 feet long and often live for up to a decade. While it is possible for some hobbyists with very large tanks to keep one or two tinfoil barbs, this type of arrangement is still not in the best interest of the animal. Barbs are highly social fishes and would prefer to be kept in shoals containing a minimum of 5 of the same species. With that in mind, no casual fish keeper can support that large of a bio-load in their community tank.

Alternative: A better option is the red tailed tinfoil barb (Barbonymus altus) which has the same peaceful personality but an adult size of about 8 inches. (Be careful when purchasing one however, the two species closely resemble each other).
7. Red Bellied Pacu (Colossoma bidens)

These cousins of the piranha are not only challenging to keep but the also can grow extremely large. While it is common to see them in display tanks measuring a foot or so, these guys can get to be over 3 feet and they reach that size rapidly. If their size doesn’t turn you away, then consider that they also require special diets in order to thrive (they eat mostly nuts and vegetable matter in their native home).

Alternative: A good alternative would be a small species of silver dollar (such as Metynnis hypsauchen) which is another peaceful vegetarian with an adult size of about 6 inches.

These guys have everything you don’t want in a community fish. They are finicky eaters, preferring to eat live food (usually other fish). They are shy, typically only coming out at night. They are skittish, and can easily injure themselves by fleeing in response to any perceived threat. They are very sensitive to water quality. If all of these reasons are not enough to convince you not to buy one, consider this – these fish grow to be over 3 feet long.

Alternative:  Nothing that looks like this fish belongs in your community tank. If you are interested in creating a species-specific tank and are willing to put in a lot of work, then there is a smaller species of knife fish: the black ghost knife fish. Black ghosts also get larger than most people can easily support; most grow to be longer than a foot. These guys are finicky eaters and sensitive to water quality, so they are not recommended for anyone who is new to the hobby.
5. Arowana (Osteoglossum spp., Scleropage spp., and Heterotis niloticus)

These graceful giants look like they swam out of a storybook and are very likely to capture your interest with their undulating bodies and pearlescent colors. Many are sold as babies, between 5 inches and a foot in length. But beware; these mystical creatures will grow to be up to 4 feet long, depending on species, with the smallest maxing out at just over 3 feet. None of the varieties sold in pet stores will stay small and all are better suited for public aquariums, not your home tank.

Alternative: There aren’t really any species of community fish that have the same long graceful bodies as the arowana but pearl gouramis have a similar appeal – they are slow moving and graceful with muted colors.  While they are more sensitive than your basic community fish, they make a great addition for a moderately experienced hobbyist.
4. Iridescent Shark Catfish (Pangasius Catfish, Pangasius hypophthalmus)

These fish grow to an enormous adult length of 4 feet, making them nearly impossible to house. To make matters worse, they will only thrive when kept in shoals of 5+ fish and are very active swimmers. Additionally, they are skittish and injure themselves easily if startled – they are also prone to jumping. Despite their rising popularity, these fish are not suited to be kept in a home aquarium.

Alternative: There are hundreds of species of catfish available in the aquarium trade, and if you do your research it is easy to find a small variety that suits your tastes. If you would like something unique that has the grey and black coloring and prominent eyes found on a pangasius, a spotted Raphael catfish might be a good alternative for you. These fish stay small, and max out at around 3 inches.
3. High Fin Shark  (High fin banded shark, Iridescent shark, Chinese sucker, Myxocyprinus asiaticus asiaticus)
Not only do these fish prefer temperate water that would be too cold for other community fishes, but they grow to be 4 feet long. Their striking bands and friendly faces make them hard to resist as juveniles, but unless you have a very large pond to keep them in, stay away from them! They are found in open rivers and need a lot of space in which to be comfortable – they are also too skittish to be kept in standard conditions.

Alternative: Why not buy a synodontis catfish instead? There are dozens of species available which grow to a range of sizes, but the majority do not exceed 8 inches as adults. Many common varieties have striking features similar to high fin sharks – distinct bands, large dorsal fins and bold black/white/grey coloring. They are fairly hardy, though they prefer a slightly high pH and hard water.
2. Tiger Shovelnose Catfish (Phseudoplatystoma fasciatum)

These catfish and related species are terrible choices for community tanks, and maybe any tank at all. They can hit the one-foot mark at only a year and can quickly grow to their adult length of 4 feet. In the wild they have been rumored to reach 8 feet in length. If that doesn’t turn you away from them, consider that they prefer to eat fish (including their tank mates) and are sensitive to water quality.

Alternative: An Asian dwarf bumblebee catfish has similar markings and will only grow to be 3-3.5 inches. They are shy fish and will typically ignore their tank mates.
1. Red Tail Catfish (Phractocephalus hemioliopterus)

These fish are native to the Amazon and are commonly sold as juveniles measuring less than a foot in length. In their native rivers, they are prized by anglers for their enormous size - one reason that they are completely inappropriate for casual fish keepers. They can grow up to 5 feet long and are also not opposed to snacking on smaller aquarium inhabitants (and just about every fish you can buy at a pet store is smaller than them). A general rule on catfish – if you don’t know exactly what kind of catfish it is, do some research before you take it home. A surprising number of catfish grow to be enormous, despite being sold in pet stores.

Alternative: If you like the look of a red tailed cat, there are a few smaller options that are available. Pictus catfish have a body shape and coloration that resemble red tailed catfish and have an average adult size of 6 inches, however they are not well suited for a community tank. They may eat smaller tank mates, and need to be kept in shoals of 5+. The best alternative would be to buy a small shoal of corydoras catfish. There are many species of this small and charming group of fish, some of which do possess the striking black and cream color combination seen in the red tail catfish (such as a Sterba's cory). They stay small, most do not exceed 3 inches, and friendly to other fishes. 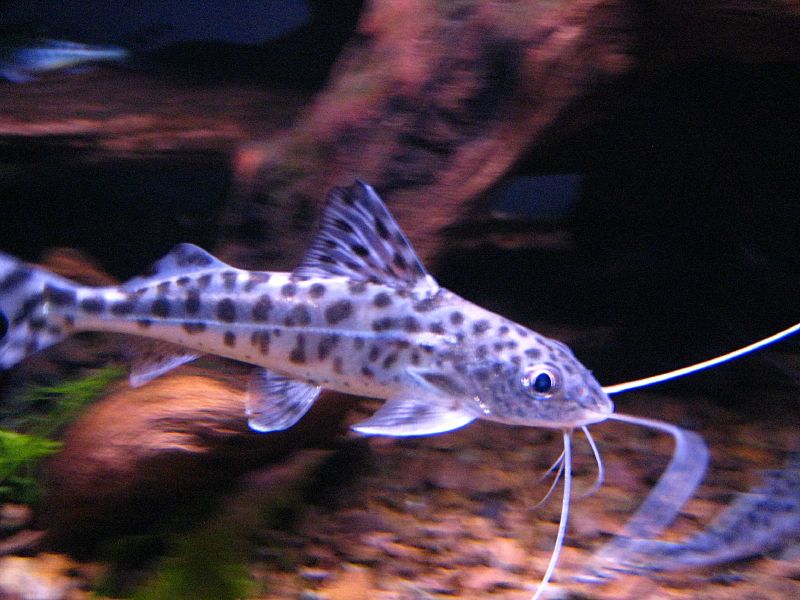 
Conclusion
By now it should be evident to you that not all fish are suitable to the home aquarium environment. Whether the fish is too aggressive, tends to eat other fish, or simply grows too big, the fish listed above are not recommended for the average aquarium hobbyist. While these tank busters may provide some initial appeal, you can easily find a similar fish that is smaller and simpler to care for, saving yourself time, money, and stress. It is not difficult to find the right fish for your tank, but you do need to put a little thought and effort into it.


comments powered by Disqus
PREVIOUS
ARTICLE
Common Myths About Bettas
Discover five common myths about the beautiful betta freshwater fish.
NEXT
ARTICLE
The Top 10 Worst
If you are interested in cultivating a peaceful tank full of multiple species, don't choose these fish.