SPOTLIGHT ON THE WOLF CICHLID

Written by Kate Barrington Updated May 26, 2022
The wolf cichlid is a large, aggressive species but makes a perfect option for a show tank. Read on to learn more about these big, beautiful fish.

For many aquarium hobbyists, cultivating a thriving tank is a personal challenge. You’re always looking for ways to make your tank look more striking or for opportunities to test your skills. If you’re looking for a new challenge, consider the wolf cichlid.

The wolf cichlid is a large species of cichlid native to Central America that grows to an impressive length of 28 inches. This carnivorous fish is commercially significant in its native land but, in the home aquarium, can be a sight to behold. Here’s what you need to know about this unique species.

Basics on the Wolf Cichlid

Also known as the rainbow bass or guapote, the wolf cichlid is a Central American species that can be found on the slopes of Honduras, Nicaragua, and Costa Rica. These carnivorous fish are highly sought after as game fish and they are important to local fisheries because they are relatively easy to breed.

Here are some important pieces of information about this species:

The wolf cichlid is a large, deep-bodied fish that grows up to 28 inches in length. Mature males of the species develop a rich golden yellow to silver-colored body with speckles of blue, black, and purple. Many specimens exhibit green or red coloration on the head and the base of the dorsal fin with blue-green coloration on the fins and tail. Females of the species are almost always yellow.

THE 15 MOST POPULAR TYPES OF GOLDFISH

Written by Kate Barrington Updated May 26, 2022
Popular as prizes at carnivals and state fairs, goldfish are known for their orange-gold coloration, but they actually come in many colors and patterns. Read more to learn about the 15 most popular types of goldfish.

Easily one of the most popular aquarium fish, goldfish are freshwater fish belonging to the carp family. Native to East Asia, these fish are named for their bright orange-gold coloration, but they come in a wide variety of colors and patterns. Like betta fish, goldfish have been selectively bred for many sizes, body shapes, fin configurations, colors, patterns, and tail types.

Here’s what you need to know about the X most popular types of goldfish. 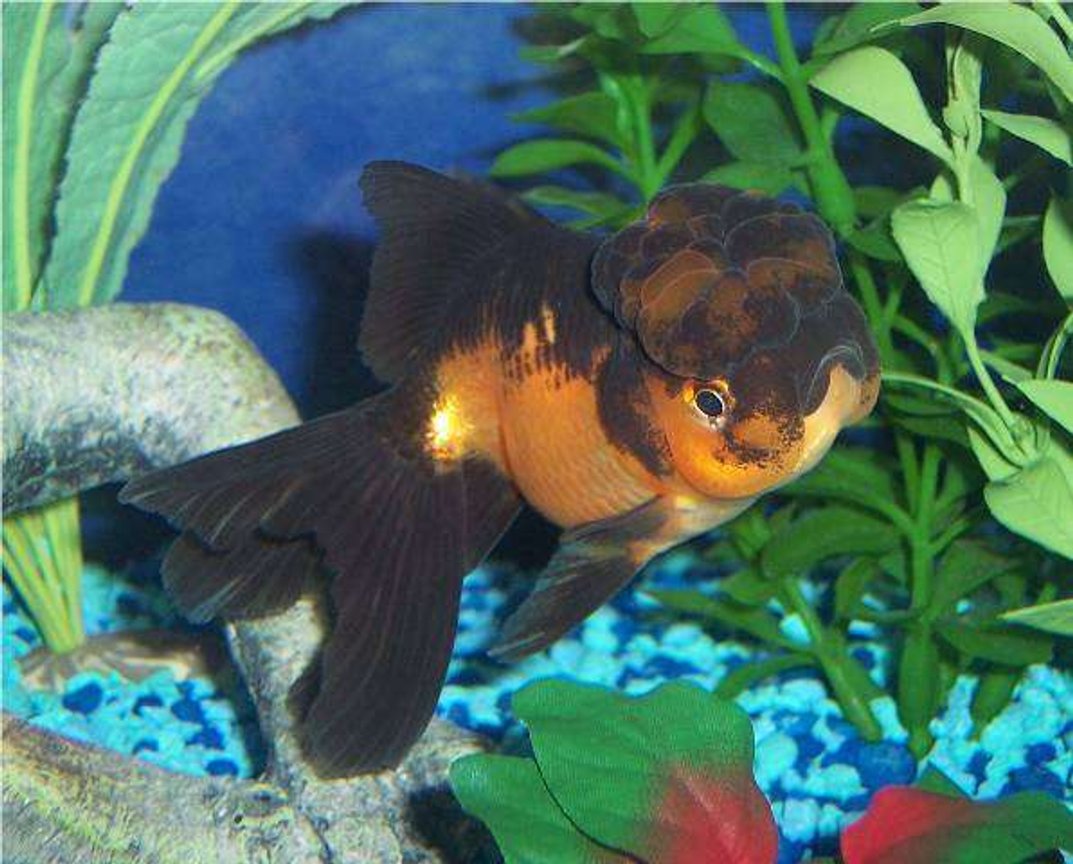 15 Types of Goldfish You Should Know

The goldfish (Carassius auratus) is a type of freshwater fish belonging to the family Cyprinidae – the carp family. They are freshwater fish native to East Asia that have been selectively bred for over 1,000 years. Goldfish can be kept indoor in aquariums or outdoors in ponds where they can grow up to 14 inches long and up to 2 pounds in weight, depending on the variety.

Here are 15 popular types of goldfish you should know about:

The common goldfish is often referred to as a feeder goldfish because they are commonly sold for this purpose. These goldfish are typically gold, yellow, or white and they typically grow to a length of 10 inches or more in favorable conditions. Common goldfish are compatible with other types of goldfish as well as peaceful community fish with similar care requirements.

Though similar in appearance, the comet goldfish is shorter and leaner than the common goldfish. This breed also has...

EVERYTHING YOU NEED TO KNOW ABOUT NERITE SNAILS

Written by Kate Barrington Updated April 13, 2022
Looking for an addition to your freshwater cleanup crew? These hardy, eye-catching snails are the perfect algae-eating solution.

You’ve spent hours assembling and decorating your freshwater aquarium – you’ve even gone through the length process of cycling the tank and slowly adding fish. Your tank is beautiful and thriving, but it may not stay that way for long unless you keep up with routine tank maintenance.

As an aquarium hobbyist, maintenance is absolutely essential for the wellbeing of your tank and your tank inhabitants, but you don’t have to do all the maintenance yourself. A freshwater cleanup crew of algae eaters and bottom feeders can take the weight off your shoulders and help you keep your tank clean and the water quality high. When it comes to freshwater cleanup crews, think beyond common options like Plecostomus and Corydoras catfish – consider the nerite snail.

Nerite snails are a versatile addition to the freshwater tank, and they are generally easy to maintain. Here’s everything you need to know about nerite snails. 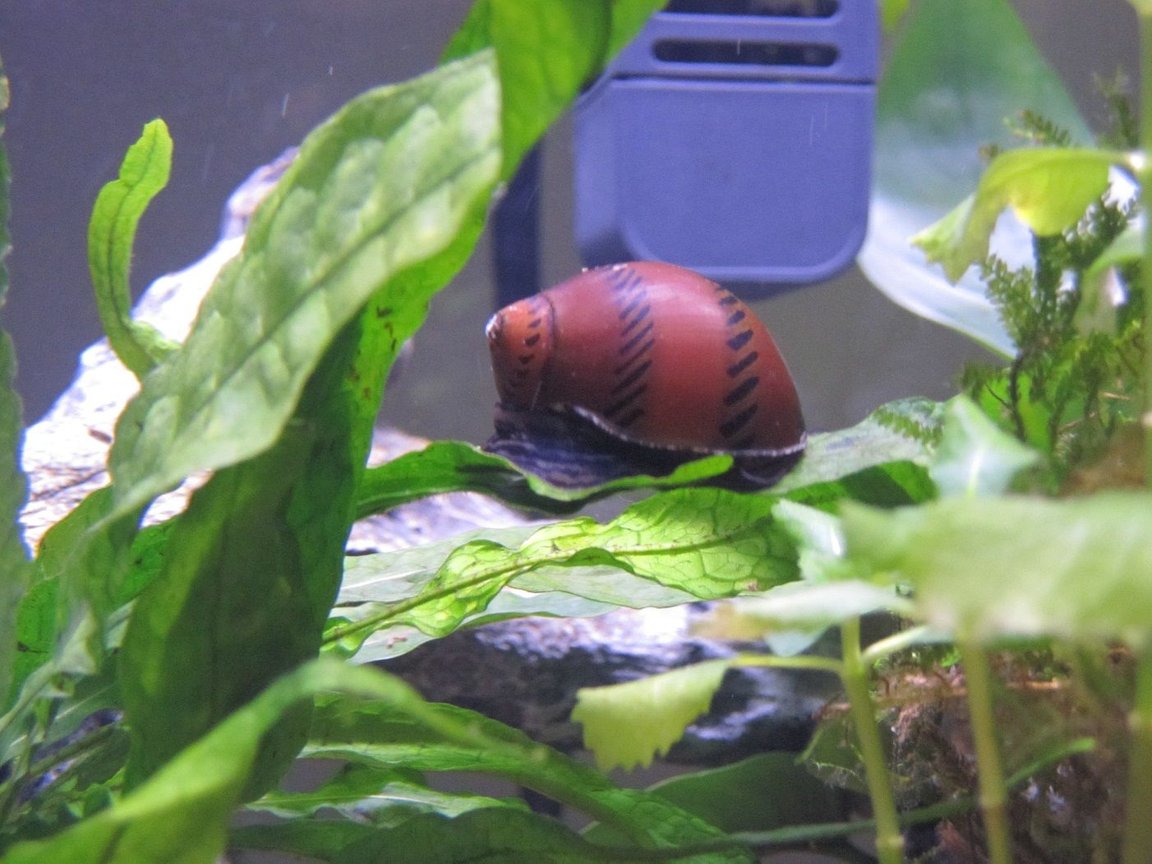 The Basics About Nerite Snails

While nerite snails are most popular for their tank-cleaning abilities, they are also one of the more attractive and unique-looking freshwater snail species around. Nerite snails often exhibit bold stripes or barred patterns on their shells which is why several species are named after animals like the zebra or tiger. Nerite snails are incredibly peaceful, safe to keep with just about any species of fish, and because they require salt to reproduce there is very little risk that they will overpopulate a freshwater tank.

In addition to being quite...

THE 15 MOST POPULAR TYPES OF GOLDFISH
Popular as prizes at carnivals and state fairs, goldfish are known for their orange-gold coloration, but they actually come in many colors and patterns.
SPOTLIGHT ON THE WOLF CICHLID
The wolf cichlid is a large, aggressive species but makes a perfect option for a show tank.
TIPS FOR KEEPING SHOALING SPECIES IN THE AQUARIUM
Nothing makes an aquarium stand out like a large shoal of colorful fish.

How To Humanely Euthanize Your Fish
What Are the Best Cichlids for a Community Tank?
Tips for Caring for Tangs Properly