Written by Kate Barrington Updated May 25, 2021
There are some odd=looking animals out there but these ten saltwater fish are among the strangest.
Saltwater fish are some of the most beautiful and colorful animals in the world. All you have to do is look up pictures of a coral reef to see every color of the rainbow represented. Some saltwater fish exhibit bright solid colors while others are covered in intricate patterns. But there are also plenty of saltwater fish that are downright strange in terms of their appearance. Keep reading to learn about the top 10 strangest looking saltwater fish species that you can keep at home.

Even if you didn’t know what they were called until just now, you already know what a lionfish looks like. Lionfish are those striped fish that look like they are covered in porcupine spikes. These fish are strange-looking for sure, but it in a beautiful way. Do not be fooled by their beauty, however – they are some of the most dangerous fish in the ocean as well. Lionfish are carnivorous fish which means that they feed on meaty foods like shrimp, crustaceans, and other fish. These fish can also grow very large, over 1 foot in length! If you are thinking about keeping lionfish yourself, you should definitely plan on having at least a 120-gallon tank and you should think twice about adding other species to the tank.


This group of fish can be found in tropical coral reefs throughout the Atlantic and Indo-Pacific oceans. Hawkfish have elongated bodies with large heads – they also have merged dorsal fins connected by spines that are tipped in trailing filaments. These fish also have rounded tails and enlarged, scale-less pectoral fins. The largest species of hawkfish is the Giant Hawkfish (Cirrhitus rivulatus) which grows up to 24 inches long and can weigh as much as 9 pounds. In addition to being uniquely shaped, hawkfish are also very colorful which is why they are popular in the home aquarium. The most popular species is the Longnose Hawkfish (Oxycirrhites typus) which is pink and red with a crosshatch pattern and an elongated nose. The second most popular species is the Flame Hawkfish (Neocirrhites armatus). 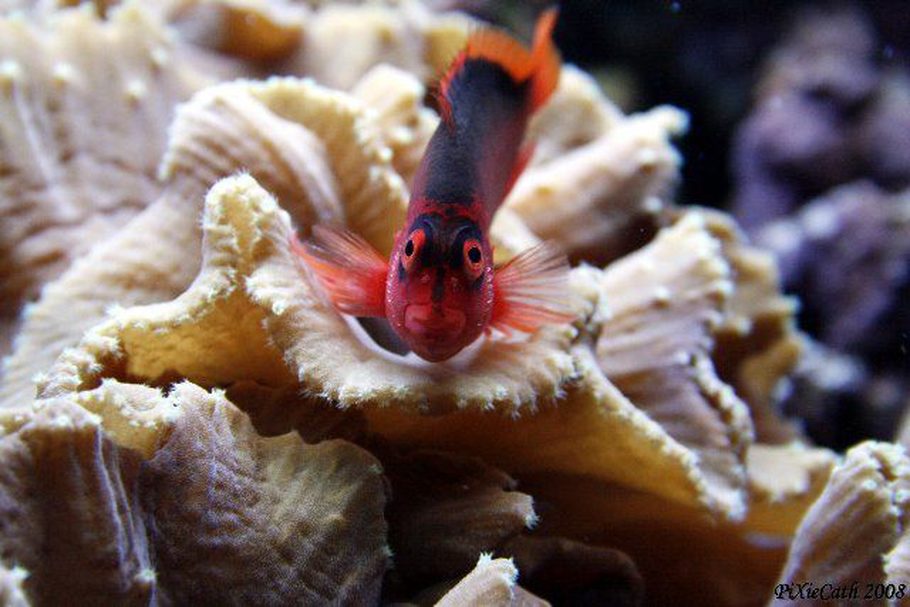 
Also known as anglerfish, frogfish are a group of strange-looking saltwater fish found in tropical and subtropical regions. These fish have short, stocky bodies and they are covered in spinules which not only protect them from predators, but which help them to blend in with their surroundings. Another interesting fact about these fish is that many species can change color – they also accumulate growths of algae on their bodies to aid in camouflage. The way frogfish capture their prey is to move very slowly or to lie in wait until a smaller fish swims by – the fish then strikes with great speed, reacting in as little as 6 milliseconds. Frogfish range in size from 1 to 15 inches and they come in all kinds of colors including yellow, white, red, green, and black, with or without spots.


If you’ve seen the popular Disney movie The Little Mermaid you might think you know what a flounder looks like, but you would be wrong. Real flounder are very strange-looking in that they have flattened bodies with both eyes on the same side of their head. These fish are called “flatfish” and they tend to live along the bottom of the ocean. Flounder typically range in size from 8 to 24 inches, though some can reach up to 37 inches in length. The width of a flounder’s body is usually about half the length and these fish exhibit neutral colors like tan, yellow, brown, and black to blend with the ocean floor. Flounder feed on crustaceans, fish spawn, polychaetes, and other smaller fish. 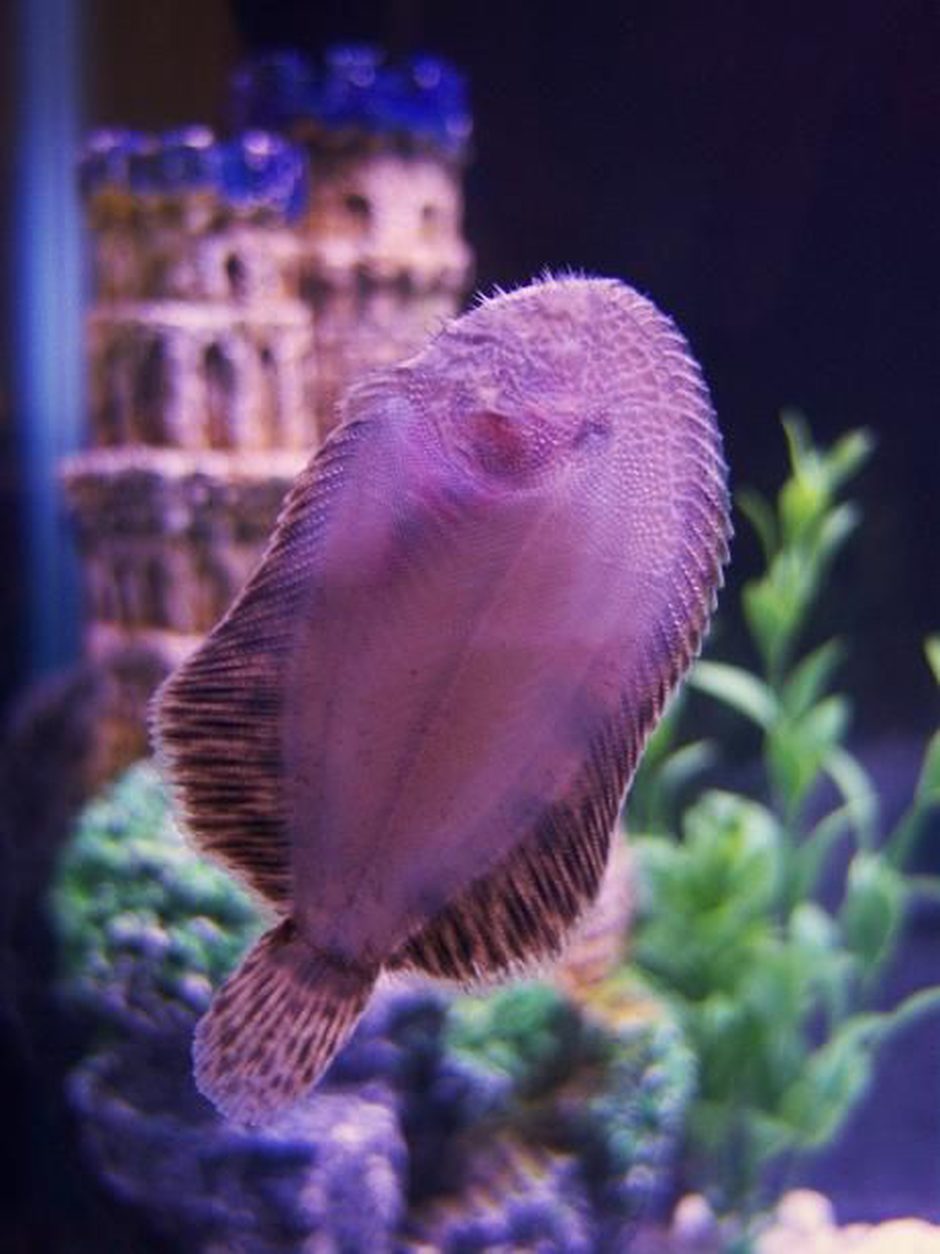 
There are about 40 different species of triggerfish and they can be found throughout the world in tropical and subtropical oceans. Triggerfish range in size from 9 to 20 inches and they have a unique oval-shaped compressed body. These fish have very large heads with a comparatively small mouth full of strong teeth designed to crush shells. Their eyes are set at the top of the head, far back from the mouth, which gives them a very strange appearance. Triggerfish can be kept in the home aquarium but these fish are notoriously ill-tempered so you should be careful about which species you choose and what other fish you keep with them. These fish become particularly territorial and aggressive during breeding.


Aptly named, box fish have a strange triangular box-like shape to their bodies. Box fish are closely related to pufferfish and, like puffers, they have a rigid body so they rely solely on their fins for movement and balance. These fish are found primarily in the Pacific, Indian, and Atlantic oceans at middle latitudes. Another interesting thing about these fish is that they produce and secrete toxins through their skin which act as a chemical defense mechanism against predators. One of the most popular species for the home aquarium is the Cubicus Boxfish (Ostracion cubicus), or the Yellow Boxfish, which grows up to 18 inches long and is only recommended for expert aquarium hobbyists.


These fish are ugly – there is no other way to describe them. Scorpionfish belong to the family Scorpaenidae which includes some of the most venomous species of fish in the world. These fish have compressed bodies covered in ridges and sharp spines that are coated with a venomous mucus. Scorpionfish tend to inhabit shallow waters, but some live in the depths of the ocean down to 7,200 feet. These fish are semi-aggressive to aggressive and they require a tank with plenty of rockwork to use as hiding places. These fish will eat other fish, so don’t keep them with anything small enough to be prey.


Stonefish are another saltwater species that looks ugly and is highly venomous. These fish get their name from the fact that they are able to camouflage themselves with their gray, mottled appearance. This group of fishes can grow up to 16 inches and can weigh as much as 5 pounds. They hunt by staying still and lying in wait for prey to swim by – when it does, they attack quickly, striking in as little as 0.015 seconds. Another interesting fact about stonefish is that they are able to survive for up to 24 hours out of water. 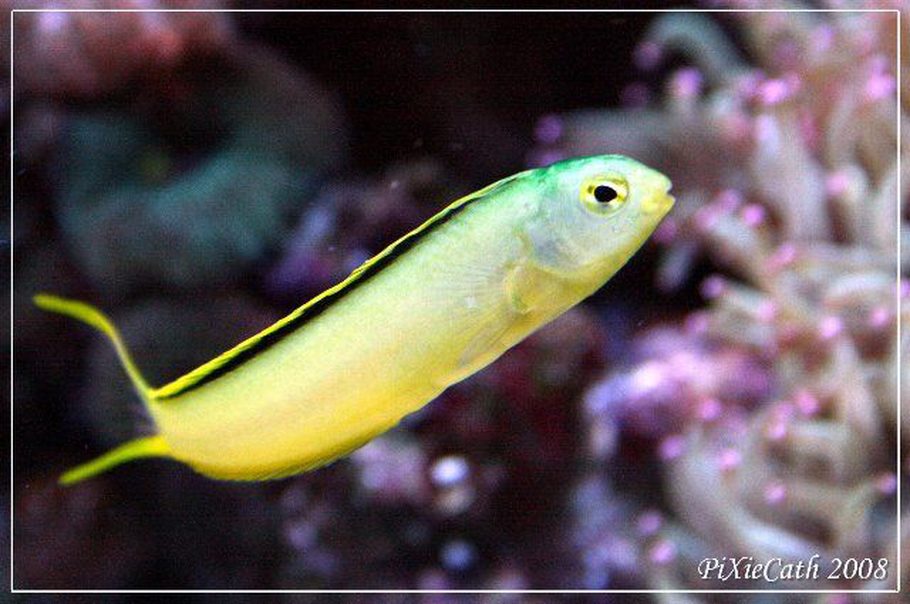 
Blennies are unique in appearance, though they are by no means as ugly as scorpionfish and stonefish. What makes blennies stand out is their large, bulging eyes and their elongated bodies. Blennies can be found in marine environments but there are also brackish and freshwater species. These fishes have long, continuous dorsal spines and small pelvic fins with an embedded spine. Blennies come in a wide range of colors and color combinations and, for the most part, they are peaceful fish and fairly easy to keep – particularly in a reef tank.


There are about 150 different species of pufferfish in the world and only about 40 of them are brackish or freshwater species. Saltwater puffers typically exhibit neutral colors such as tan, brown, grey, and black but many have spots, stripes, or a marbled pattern. These fish get their name from their ability to puff up their bodies as a defense mechanism – it also doesn’t hurt that they are covered in small spines. Pufferfish are carnivorous and some species can be fairly aggressive and territorial.

If you want to cultivate a saltwater tank that is completely unique, you should consider some of these strange-looking species of fish. Anyone can create a thriving reef tank full of colorful tangs and butterflyfish but it takes a little something extra to step outside the box.

comments powered by Disqus
PREVIOUS
ARTICLE
Why Are Tangs Some of the Best Fish for Reef Tanks?
Tangs are not just some of the most brightly colored species of tropical saltwater fish - they are also great additions to the reef tank.
NEXT
ARTICLE
Choosing the Right Butterflyfish for Your Reef Tank
Cultivating a reef tank is a unique challenge, not only because caring for corals is tricky but because it can be difficult to find reef-safe fish.