Written by Kate Barrington Updated May 26, 2022
When purchasing saltwater aquarium fish, you need to think about whether the fish are tank-raised or captive-bred.
When it comes to choosing the fish for your saltwater tank, you have a nearly infinite number of options to choose from. Your local pet store might only carry a few varieties of saltwater fish but, if you look online, you will find a vast array of options. One thing you need to think about when purchasing saltwater fish is whether you want to go tank-raised or wild-caught. Both options have their pros and cons, which you will learn about in this article. You will also receive recommendations for some of the most popular tank-raised species of saltwater fish.
Benefits of Tank-Raised vs Wild-Caught
Most species of freshwater aquarium fish are captive-breed for the aquarium trade. When it comes to saltwater fish, however, there is a split between fish that are bred and raised in captivity and those that are caught from the wild. There are advantages and disadvantages for both options so, before you decide, think about both sides of the story. One of the greatest advantages of tank-raised fish is that they have not been taken from their natural environment which means that there is less risk placed on wild stock – this is especially important to consider for rare or vulnerable species. The process through which wild saltwater fish are caught can also be damaging to natural reefs. 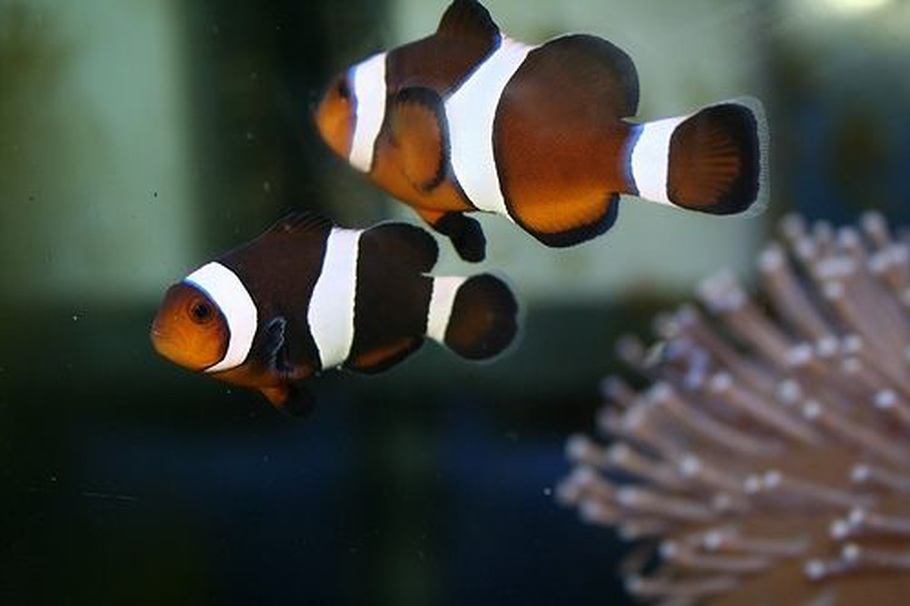 In addition to the environmental impact that wild-caught saltwater fish have on the environment, it is also important to think about the practical aspects of tank-raised versus wild-caught fish. Tank-raised saltwater fish tend to be healthier and hardier than specimens that are taken from the wild. In the home aquarium it can be difficult to achieve and maintain the exact water conditions of the environment from which the fish was taken and wild-caught fish simply aren’t as adaptable as tank-raised species. There is also a greater risk for wild-caught fish to die during transport than for tank-raised specimens. This is partially due to the fact that tank-raised specimens have shorter distances to travel and they are often in better condition prior to shipping than wild-caught specimens.
There are some who say that wild-caught specimens of saltwater fish are more brightly colored than tank-raised specimens of the same species. This argument was made in regard to the first tank-raised clownfish that became available to aquarium hobbyists in the 1970s. Today, however, this is less of an issue because improvements have been made in nutrition for aquarium fish to ensure that tank-raised specimens grow up healthy and colorful. This is not to say that all captive-bred specimens are equal or superior to their wild-caught counterparts. Some species of fish display unique or defective coloring or patterning due to unfavorable conditions to which they were exposed during their development. An example is clownfish that have broken stripes or spots instead of stripes – these fish are labeled as “mis-barred” and in some cases they are considered a novelty.
Another argument has been made that tank-raised specimens of certain species tend to be less aggressive than their wild-caught counterparts. The example given in this case if of the dottyback, particularly the neon dottyback (Pseudochromis aldabraensis). According to fish breeder Bill Addison, it was easier to pair first- and second-generation male and female dottybacks than it was to pair and breed wild-caught individuals. There were even instances in which the wild-caught male killed the female during spawning, a phenomenon that didn’t occur with the captive-bred fish.
Recommended Tank-Raised Saltwater Fish Species
If you are thinking about stocking your tank with tank-raised rather than wild-caught species of saltwater fish, you have a lot of options to choose from. Below you will find an overview of some of the most popular tank-raised species of saltwater fish:
Ocellaris Clownfish (Amphiprion ocellaris) – The ocellaris clownfish is the type most people picture when they hear the word “clownfish” – it has a bright orange body with thick white bars and black tipping on the fins. This species was the first to be captive-bred in any quantity, starting during the 1970s. Though some of the first ocellaris clownfish available to hobbyists lacked the brilliant coloration of their wild counterparts, modern captive-bred specimens of the species do not have this defect. The ocellaris clownfish prefers a tank temperature range between 72 and 78 degrees Fahrenheit with a pH between 8 and 8.4 and a water hardness between 8 and 12 dKH. These fish grow up to 4 inches long and they require a varied diet of meaty foods and raw seaweed. 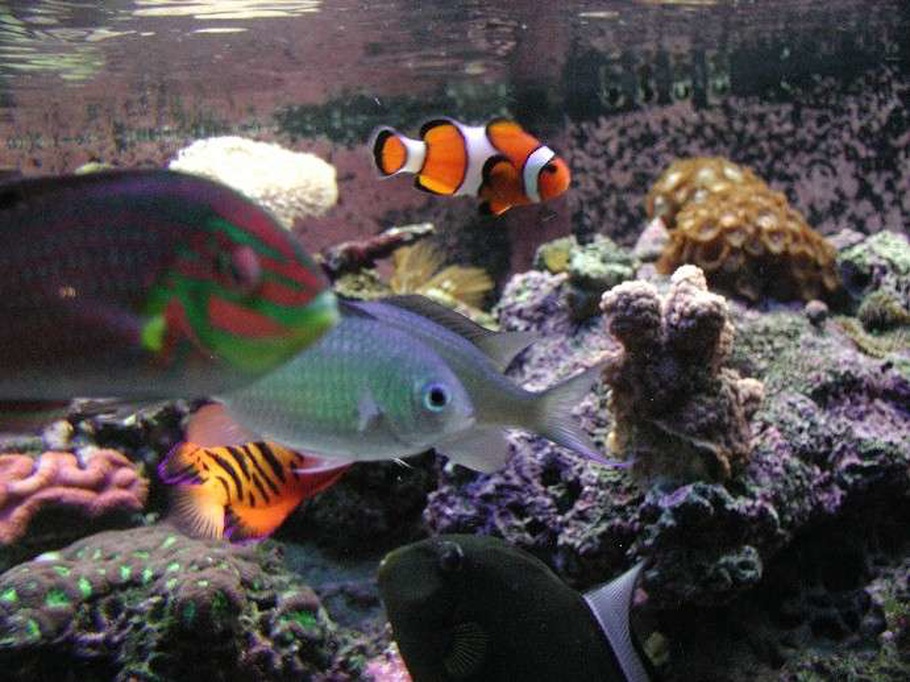 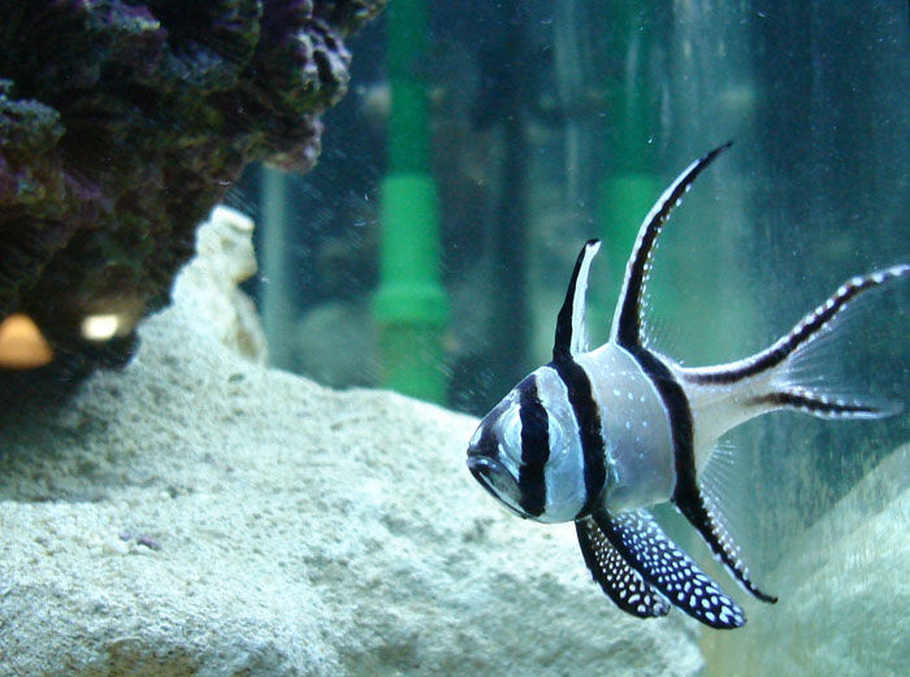