WHAT IS A REFUGIUM

Written by Kate Barrington Updated March 10, 2014
Why people use refugiums with their aquariums? Different types of refugium - and more.
The Refugium is a mystery to most beginner fish tank owners. Most hobbyists just starting out are so overwhelmed with the basics of fish-keeping, that they don't even realize that they exist. A refugium is a wonderful addition to the aquarium, however, and one you definitely need to learn about. In this article, we will discuss why people use refugiums with their aquariums, go over the different types of refugium set-ups that people use, and provide general tips and guidelines with using a refugium with your tank. We'll end the article with a list of our favorite online sources for refugiums.
What is a Refugium?
Technically speaking, a refugium is a 'refuge" in the sense that while it shares the water of the main tank, it is somehow set off from the tank. A refugium is generally used to provide delicate species with safety, protecting them from the larger fish in the main tank. Refugiums are often used to grow copepods as food for their aquarium fish, or to raise delicate species of fish or coral. A refugium can also be sued to filter the water from the main tank, acting as a sort of overflow tank or as a way to make water changes easier and safer for the tank. 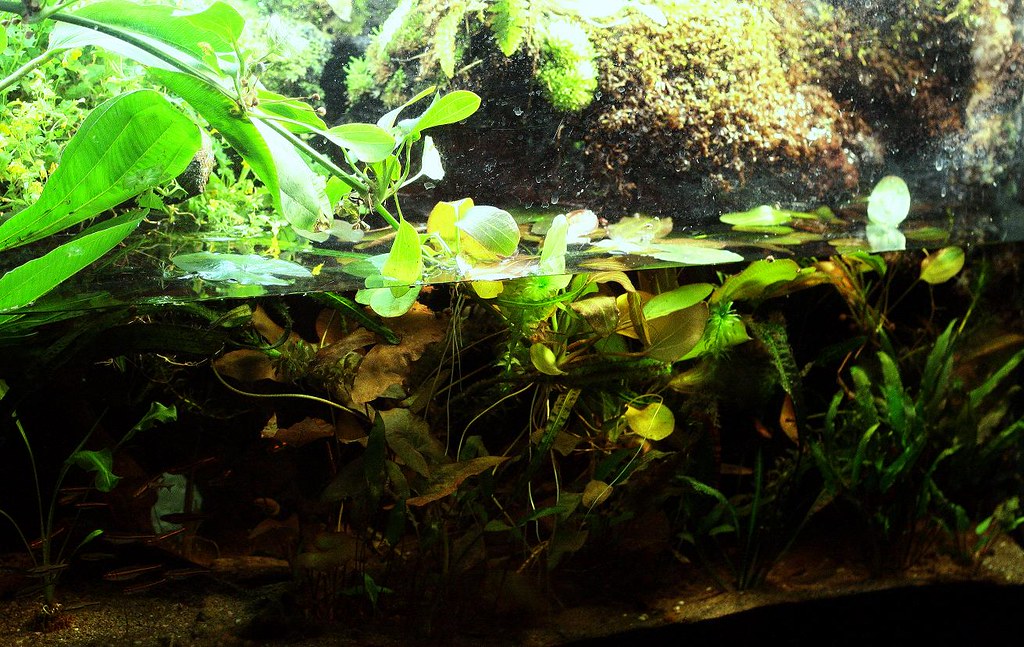 Given the purpose of a refugium, you may be wondering -why not just keep a separate tank? There are many cases in which having a refugium connected to your main tank may be beneficial. Some of these reasons may include:

When it comes to setting up a refugium for your tank, there are a few different options to choose from. Refugiums can be categorized into the following three types: sump based, in-tank, and hang-on. Each type of designed for a specific purpose and is best for certain types of tanks. Before you select a refugium for your tank, take the time to learn the basics about each option below:
Sump Based

With a sump based refugium, the refugium is a second tank which you place below your real tank. This "work" tank is usually kept under wraps and handles your water pump action for reef tanks as well as manages extra filtration.

The In-Tank Refugium is the simplest solution for refugium. You basically place a small container into your tank that lets the water in and out but keeps the critters in and your bigger fish out.

Hang-On Tanks work just like their name; they are separate containers that hang-on to the back (typically) of the regular tank. The use an extra pump to move water in and out of the refugium. 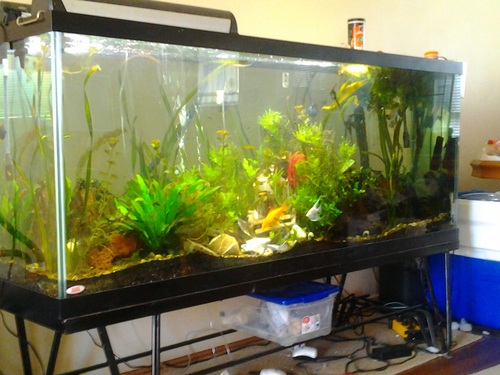 Refugium Tips and Guidelines
Here are some general tips and guidelines when incorporating refugiums into your aquarium set-up.

Inhabitants for a Refugium

As you may already know, a refugium can be used for a variety of different purposes in the aquarium. One of the most common uses, however, is to raise delicate species or sources of food for the fish in your tank. Some individuals like to use a marine refugium to cultivate certain types of algae to serve as food for marine fish – marine refugiums may also contain live rock and/or live sand. Freshwater refugiums are more commonly used to raise small organisms like brine shrimp, Mysis shrimp, copepods and isopods. A tropical freshwater refugium is likely to contain various species of live plant as well as certain scavengers like shrimp and snails to control waste accumulation. By keeping certain tank inhabitants in a refugium rather than in the main tank, you can offer them more customized care. For particularly small inhabitants like brine shrimp and copepods, it is beneficial to separate them so they do not get eaten by the fish in your tank until they are of the proper size. Keeping a separate refugium also ensures that the inhabitants do not make a mess that affects the rest of the tank.

Now that you know the basics about refugiums for the home aquarium, you may be ready to decide whether one is right for your tank. A refugium can be used in virtually any type of aquarium whether it be saltwater, freshwater or brackish – it all depends on what you want to use it for. As you already know, refugiums can be used to house sensitive tank inhabitants or to cultivate certain species separately from the main tank. More simply, you can also use the refugium as an extra source of filtration for your tank. If you decide that a refugium would be beneficial in your tank, take the time to think about which type is best for your tank and do some research to figure out how to stock it most effectively for the purpose you have in mind.

comments powered by Disqus
PREVIOUS
ARTICLE
Changing The Water
Tips to make changing the water easier.
NEXT
ARTICLE
How To Humanely Euthanize Your Fish
If your fish is suffering, you may want to consider euthanasia as an option to humanely end his pain.

SEA URCHINS IN THE SALTWATER TANK
If you are looking for a unique invertebrate to add to your saltwater tank, consider the sea urchin.
SALINITY REQUIREMENTS IN A SALTWATER AQUARIUM
The key to maintaining a healthy saltwater aquarium is to strike the right balance in the salinity of your tank water.
SPOTLIGHT ON THE OTOCINCLUS CATFISH
Also known as oto cats, otocinclus catfish are some of the smallest aquarium fish out there and also some of the best algae eaters.

How To Humanely Euthanize Your Fish
If your fish is suffering, you may want to consider euthanasia as an option to humanely end his pain.
What Is A Refugium
Why people use refugiums with their aquariums?
Stacking Rocks in Your Aquarium
Learn how well stacked rocks can add personality and a natural look to your aquarium.
All Glass Aquariums
History of Fish Tank Materials.
Changing The Water
Tips to make changing the water easier.
Acrylic Aquariums
Pro and con arguments for using acrylic tanks, common sizes, etc.
Aquarium Screensavers
Different kinds of screensavers, top aquarium screensavers available today.
Aquarium Stands
Discuss the role that aquarium stands have on the fish keeping hobby.
Understanding The Nitrogen Cycle
Understanding the nitrogen cycle and its importance to a healthy tank.
Custom Aquariums
This article delves into the pros and cons of custom built aquariums - and more.
Read more articles (10)